Presumably made to emulate the cascaded Marshall sound in May 2003, plenty of preamp gain but sounded very noisy, hiss and quite harsh and buzzy with relatively little headroom. Anyone here like to take credit for the work? 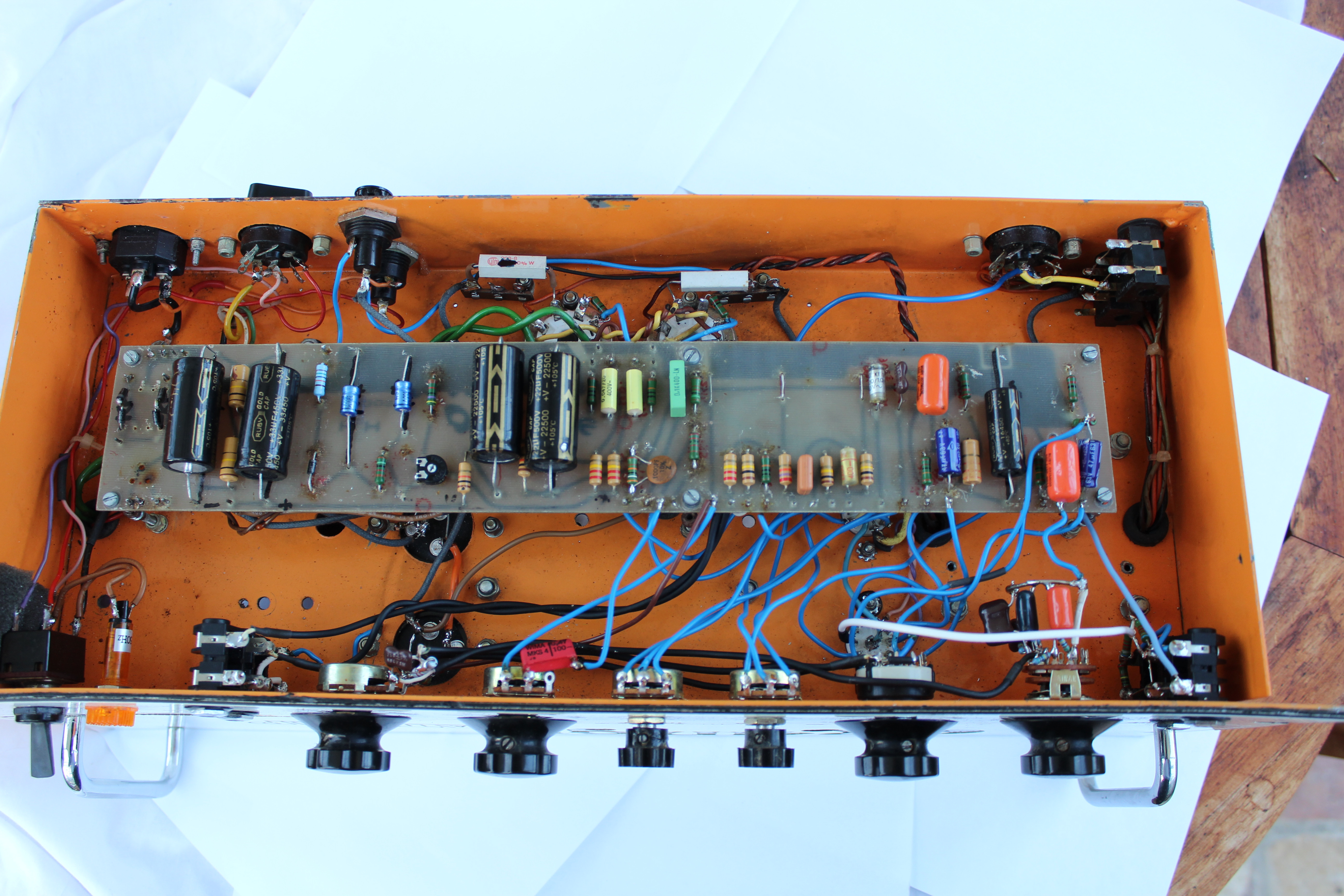 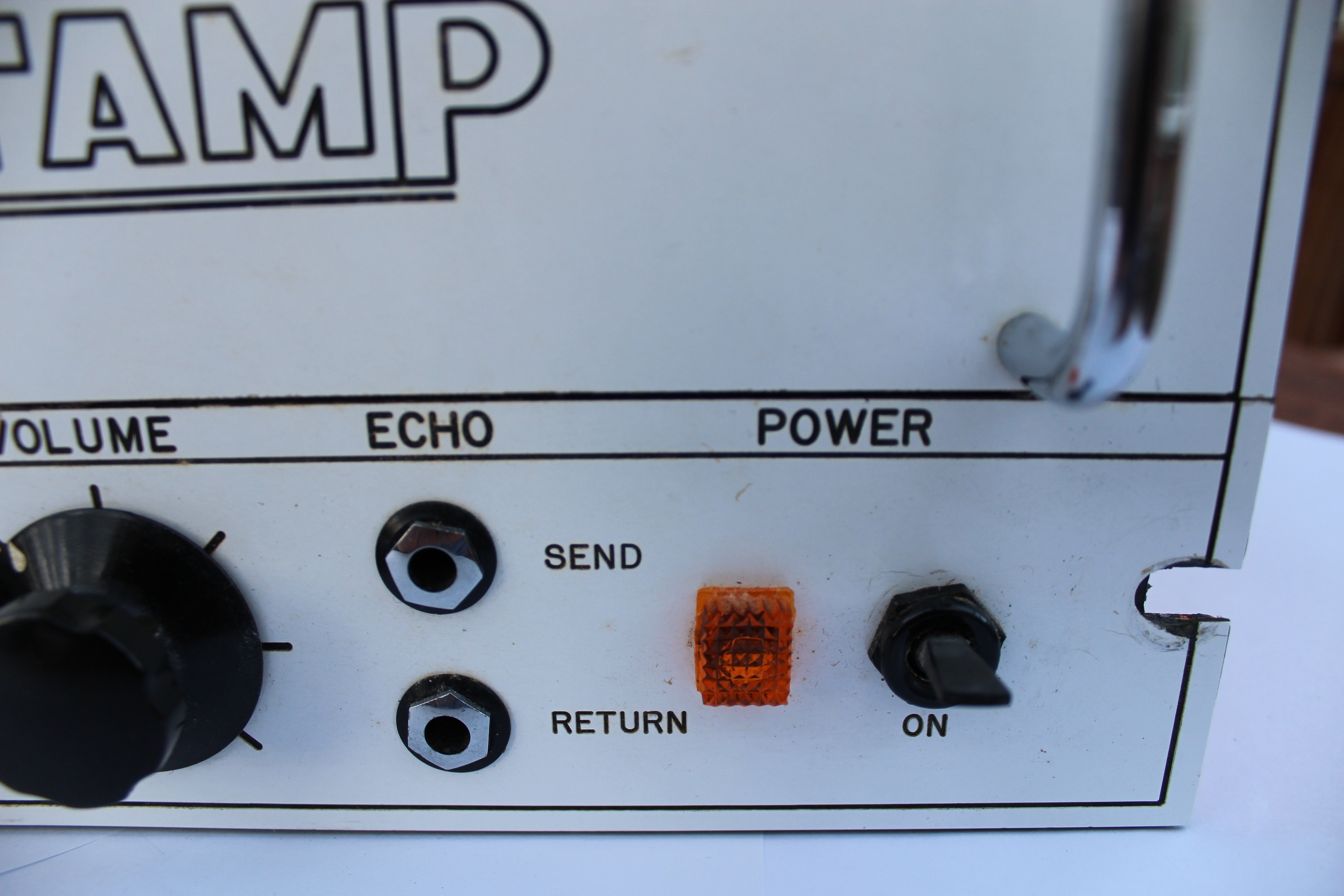 Here are the JJ EL34L tubes, decent but one had a broken spigot the TAD 20H choke and somewhat small PT from a Carlsbro 50w, no idea why the PT was mounted like that and a new hole drilled for the wires?: 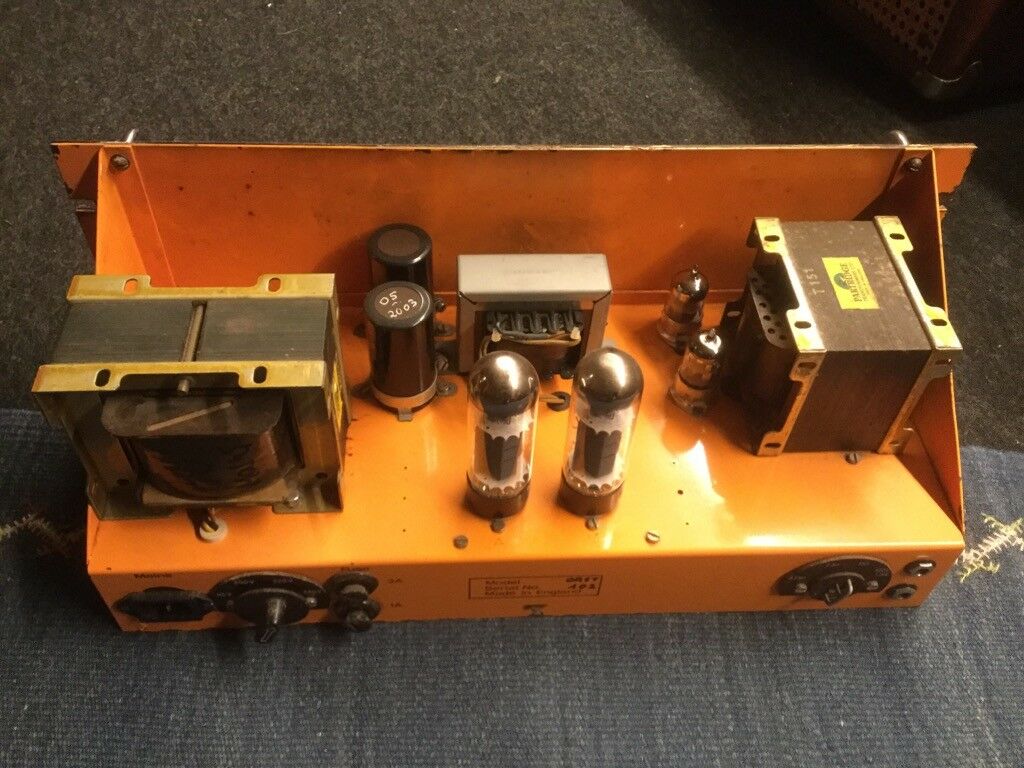 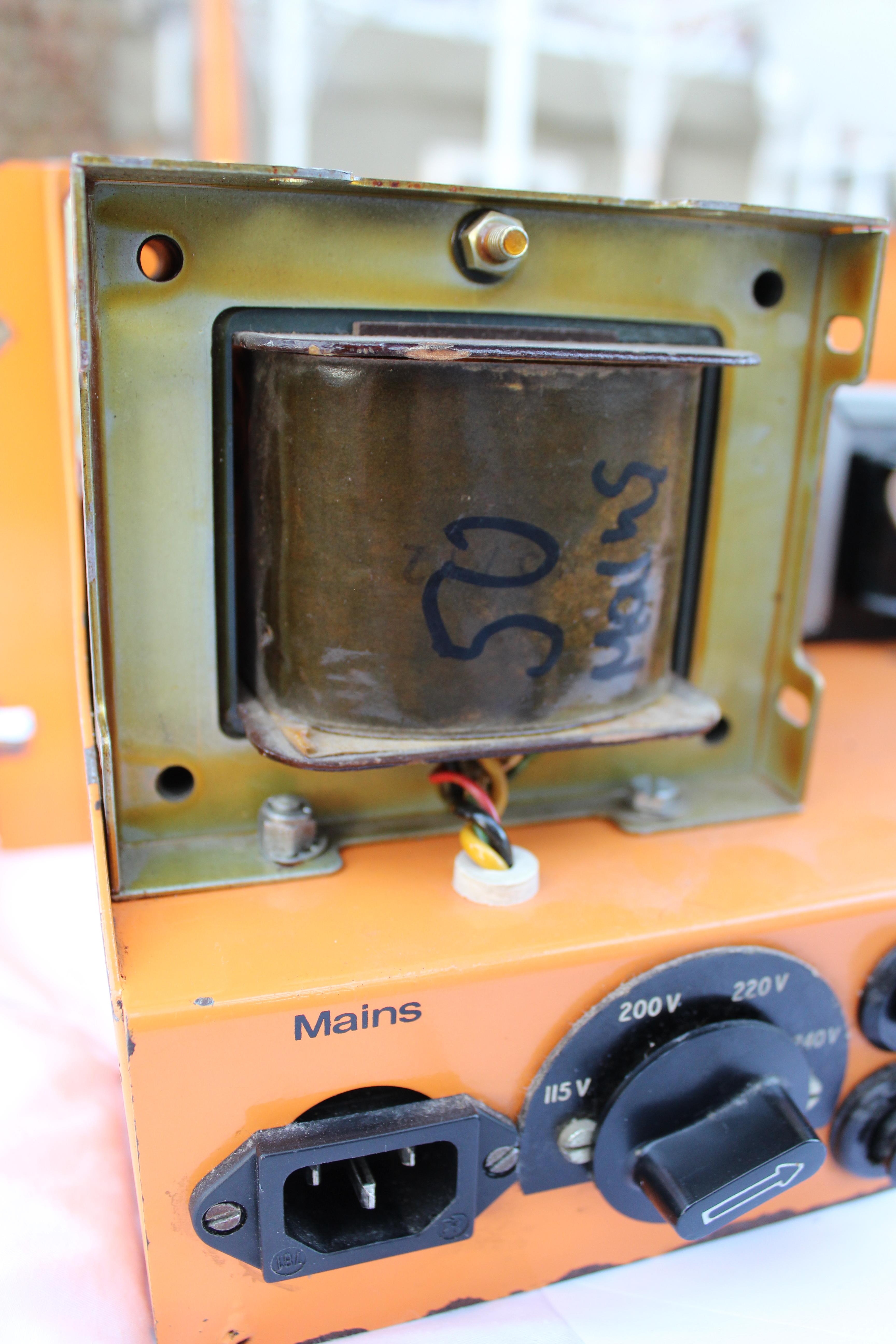 Note how the board mounting screws had been extended with helicoils and lots and lots of ground lugs added (some were even used (the ground rail on the amp had been scored across: 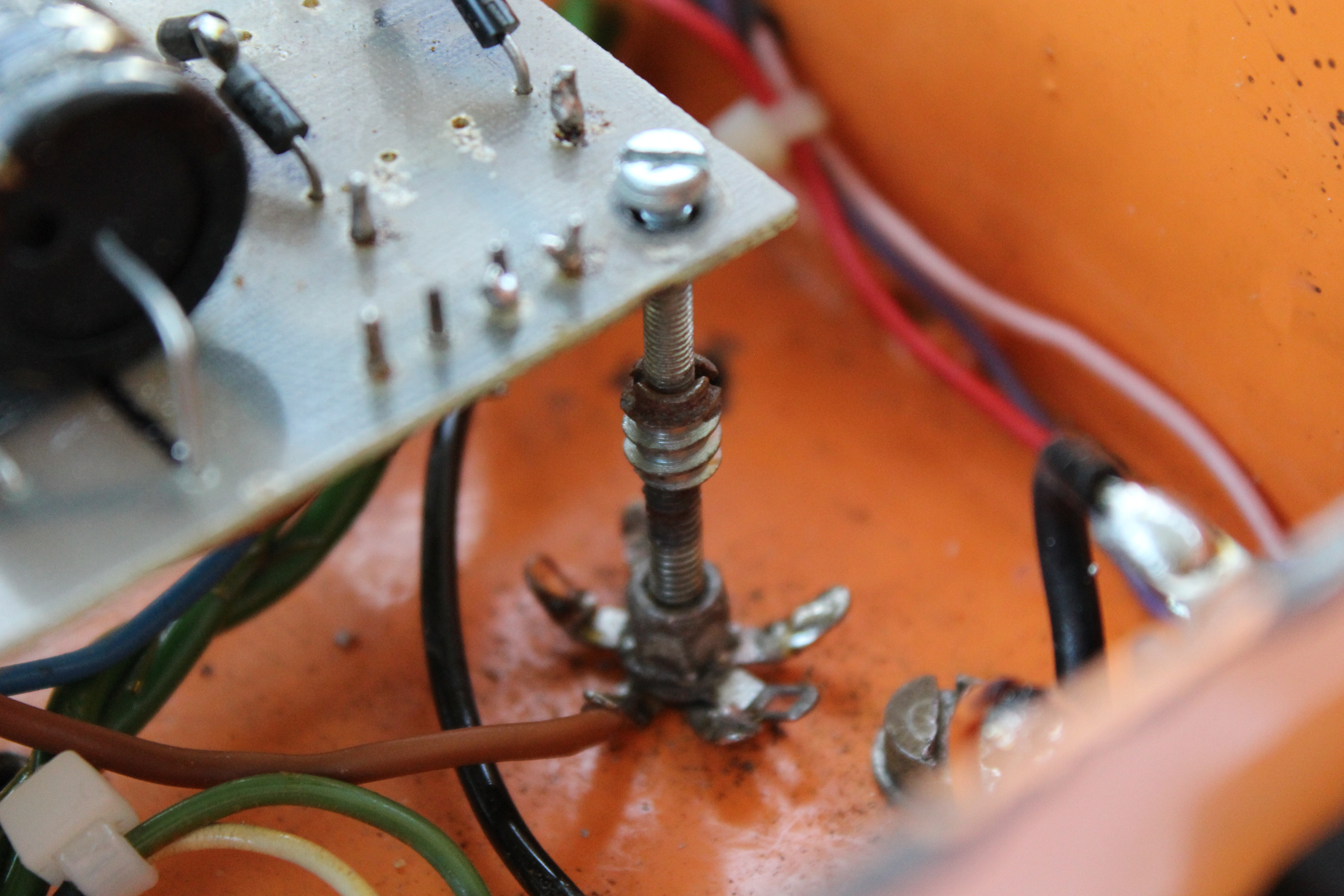 All sockets were modern ceramics and the filter caps were decent quality but all twice the original values.
Traditional solder burns: 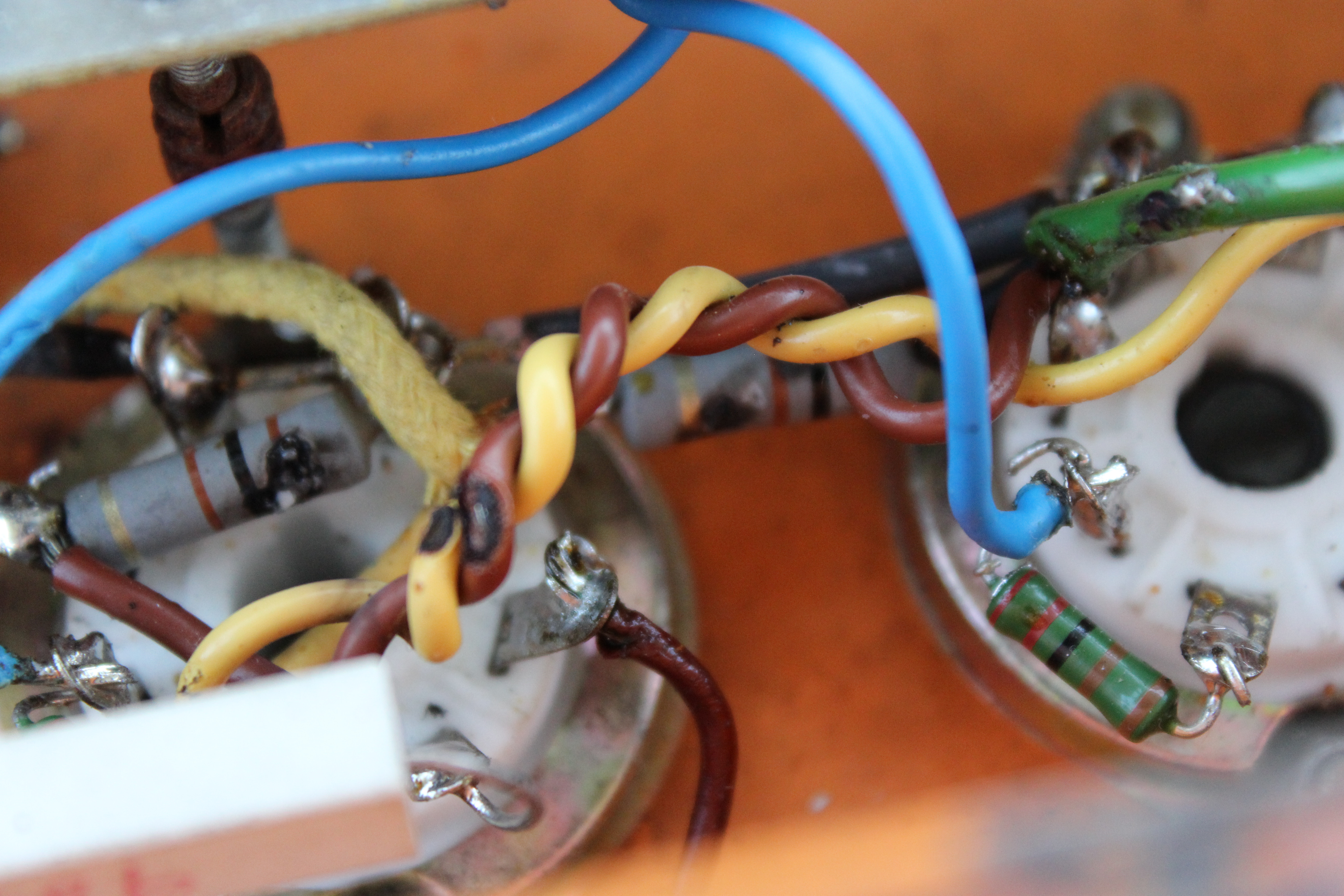 Came with the original choke and the preamp shield in the box, I had a spare Partridge 100w PT from a PA that gave 360vac, but only one set of heaters and a puny bias feed: 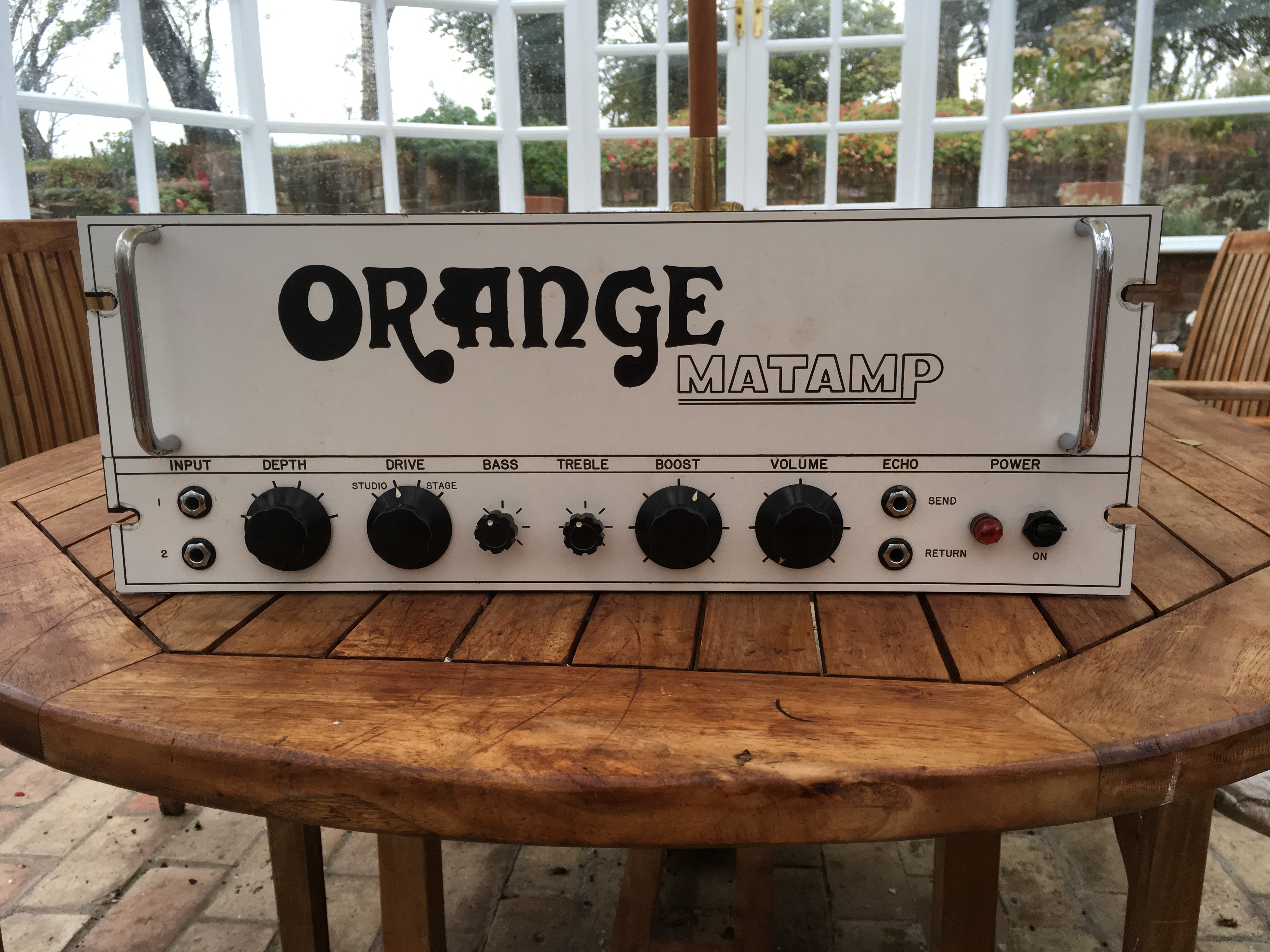 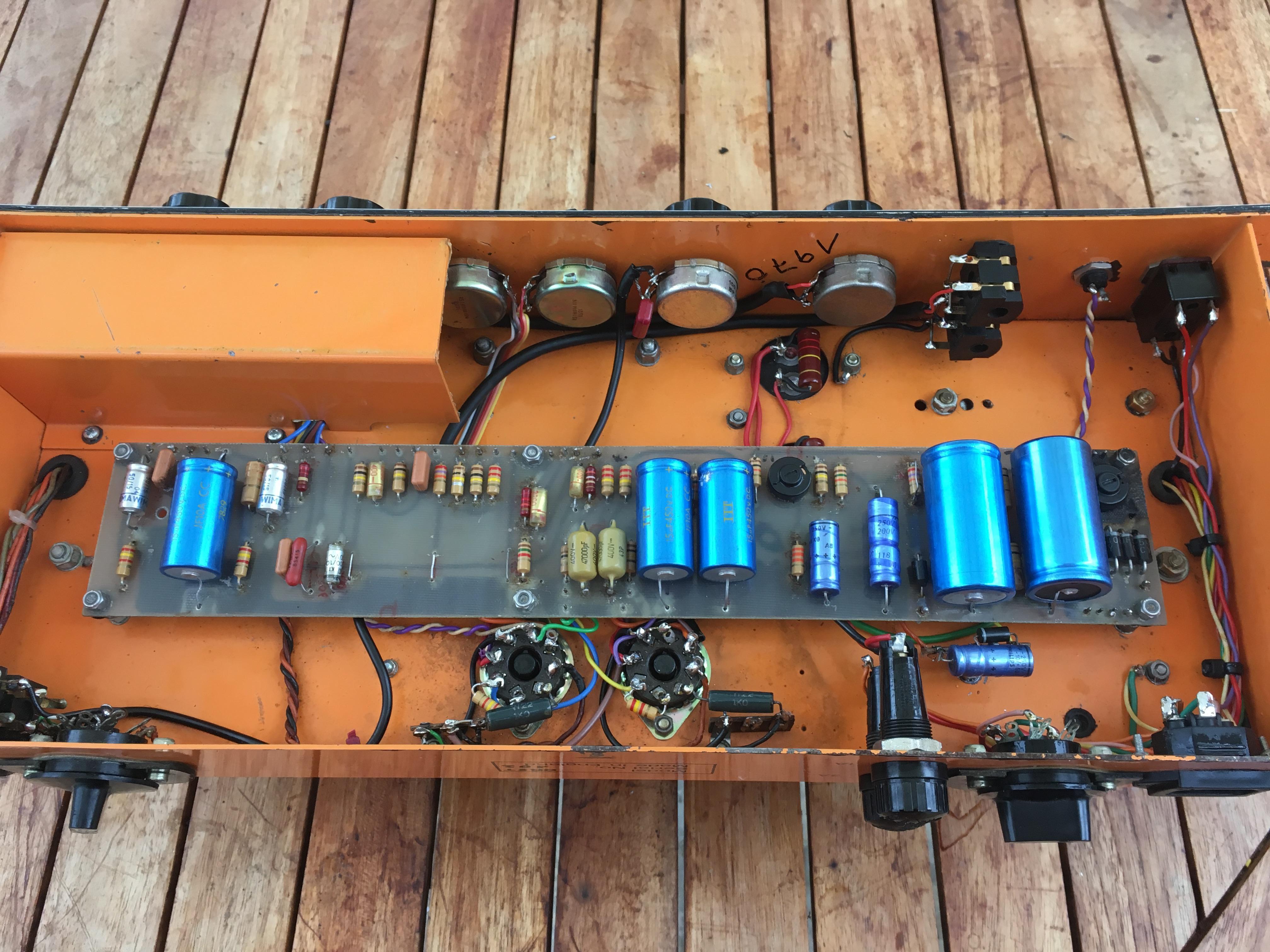 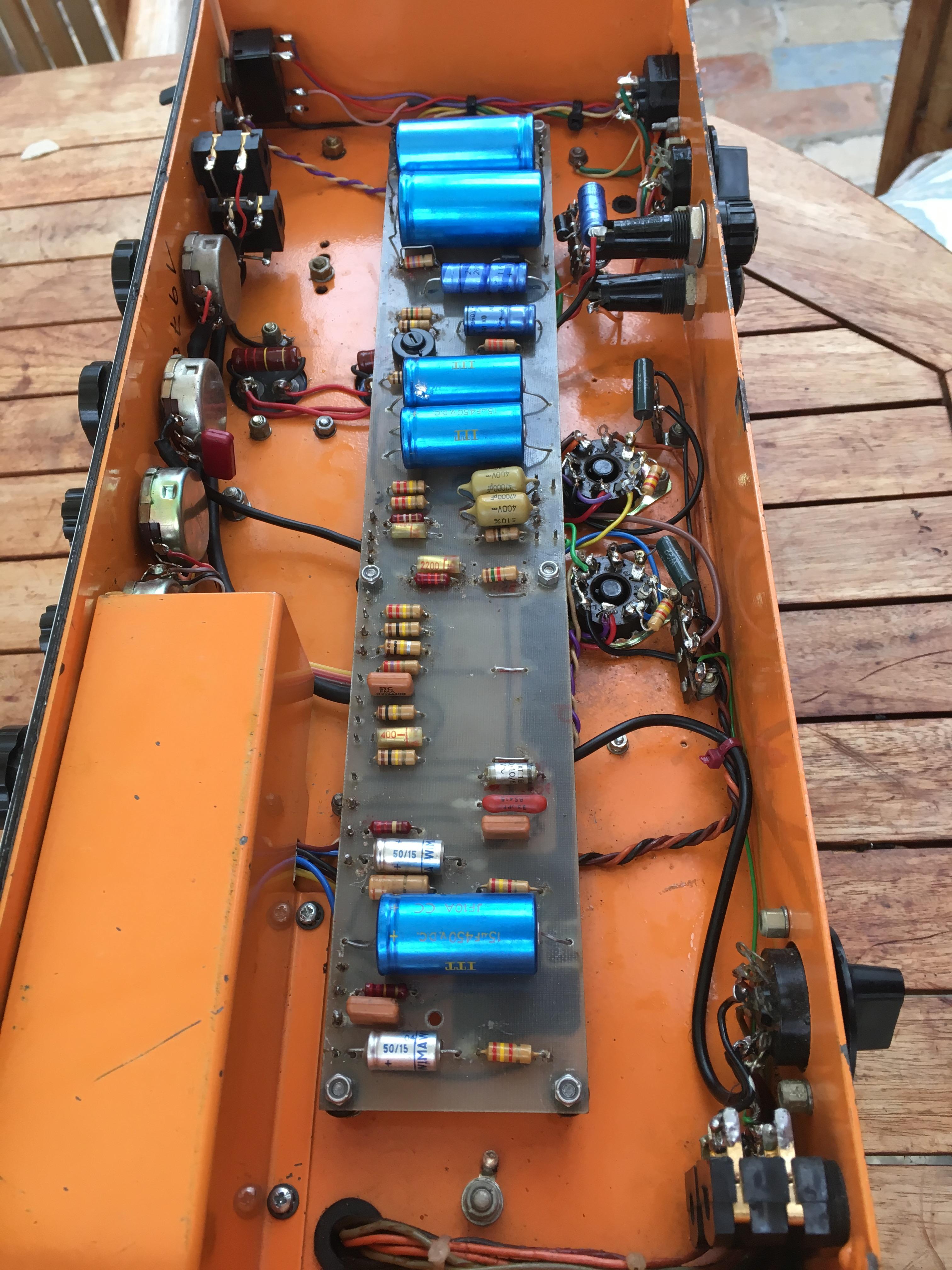 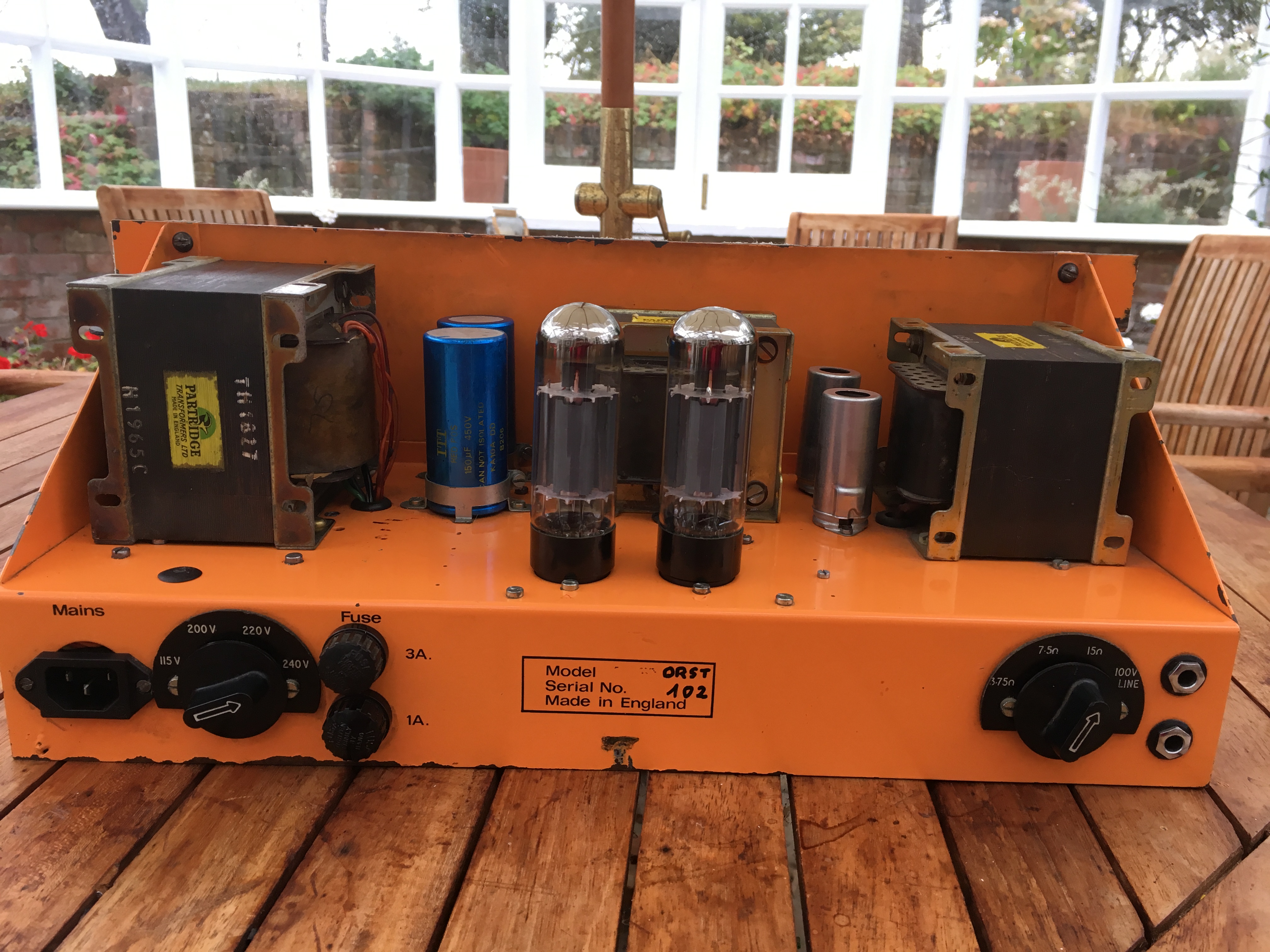 I repaired the broken traces on the pcb and replaced the resistors and caps with the correct type. I used Phillips mustard caps in the Depth switch. Filter caps are NOS and carefully reformed and tested to be original spec. I used UF5407 diodes in the rectifer, used NOS McMurdo octals and preamp sockets. The chassis had been routed out for odd 20mm fuse holders so I had to use larger 32mm Belling-Lee variety.
Here is the voltage doubler mod to get the new pair of JJ KT77s safely into range. The pots are a mixture of new Plessey and the original Plessey variety, I went to 100k LIN on the presence pot as the 5k did very little except at the extreme of travel.
The owner wanted as much clean headroom as possible, hence these tubes and the use of JAN/Sylvania preamp 12AX7s. I have biased it relatively cold at just under 60% at idle along the same lines, the new PT gives 485vdc with bias around 30mA. The depth and drive pots have been set up just like an OR100 with the unique stage and studio switching as the amp came with that type of faceplate (unlike the other 3 ORSTs that I have worked on which all had the plain drive switch, no NFB and interestingly white jack rings (cf black ones on the 100w version) - anyone else notice that? I did keep the IEC socket as the amp is to be used in anger, you never know some of you might hear it in action on stage?

Now it sounds just like it should, very loud with a wide range of tones from jangly cleans, nice crunch to great classic rock sustain and controlled feedback.
Top

Wow... a lot of work involved but I'm sure it was well worth it. Never saw the studio/stage switch before - cool.

Thank you.
I personally think the ORSTs are very versatile amps with the Boost control and filter circuits early in pre-amp. They are like the later Matamps and need to be dialled in.
Top

The stage/studio Drive switch is interesting.
The studio has two settings, hard left has the Depth switch in circuit. The second position has the depth switch with a 150pF bypass cap across the volume pot. Position three bypasses the Depth switch and position four is the same but with the 150pF ‘bright cap’.
I think it odd to have that switch just doing that. Interestingly Ed Johnson (who restored Andy Powell’s original Ormat) does not bypass the Depth at any stage so only has Studio options keeping the Depth circuit in all the time. The ORST Drive is selecting the frequencies to dump to ground with the Boost pot which effectively becomes a gain/distortion pot.
Top

Ahh,forgot I had already commented on this!
Top
Post Reply
7 posts • Page 1 of 1

Users browsing this forum: No registered users and 2 guests