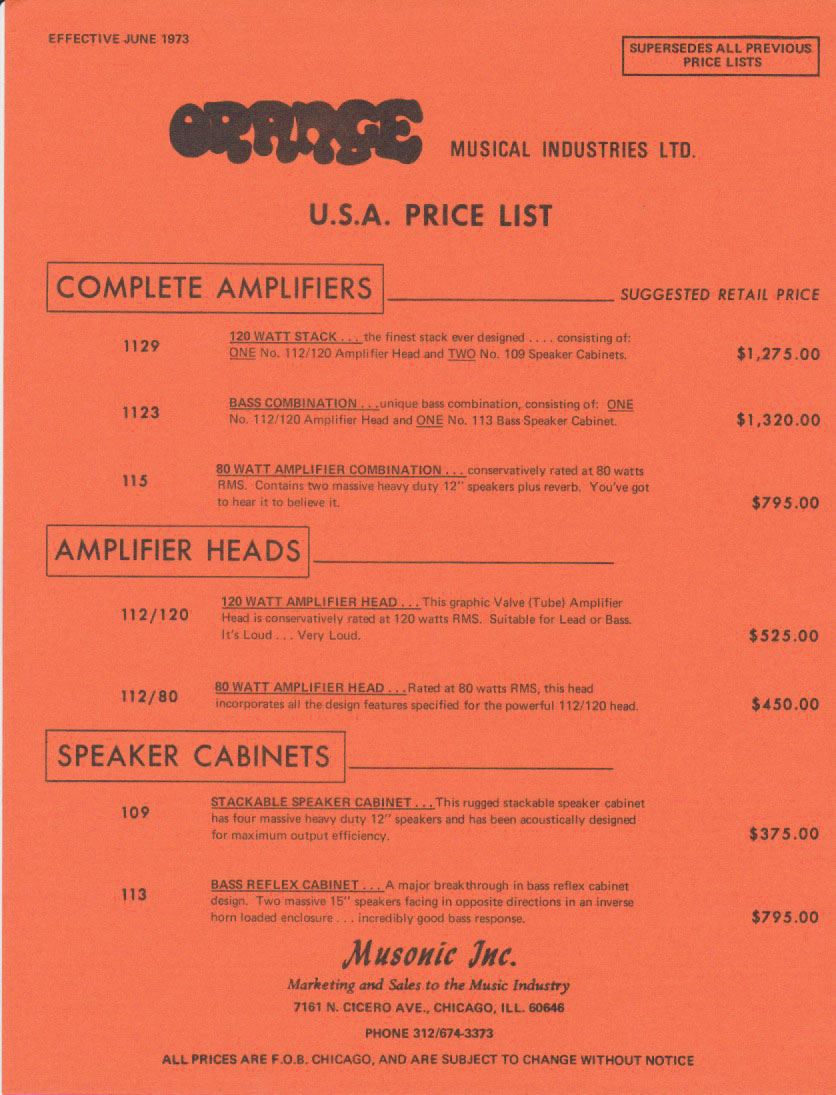 by a.hun
Interesting - thanks for posting. Actually it shows that historically Orange amps have always been pretty reasonably priced. Usually a shade more expensive than comparable Marshalls, but way cheaper than some of the other direct competition...

There's just no excuse for that!

by bclaire
Great story behind them, too:

He decided he really wanted Oranges and at the time, they weren't available in the USA yet in any form. He got a music store up in Portland Maine to order him two full stacks and also put them on a payment plan. He got the amps, made like one or two payments, and the music store went under. Ended up costing him like $90 all told....

by bclaire
Found this picture of Johnny A. (center) with his band The Streets at the Strand Theatre somewhere. On left, four Orange 4X12's with the two OR120's and an Echoplex Groupmaster stacked in between.... 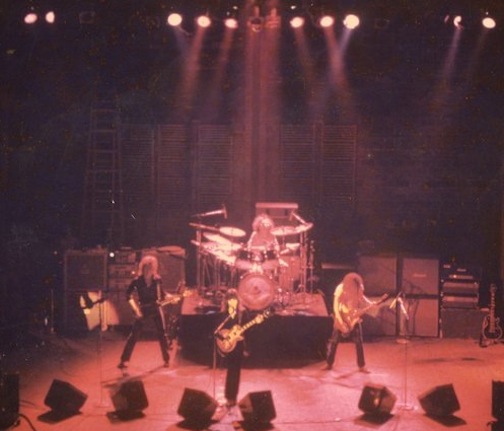