Page 1 of 2
by SilverfoxUK
Found this old amp head at my Grandmas house.

Some pictures of the beast are here: http://www.sambeard.co.uk/Matamp/

As you can see the faceplate has been replaced by someone with a strange sense of humor.

I was wondering if this could be worth anything fixed up and does anyone think it possible to get a face plate for it?

What you have there is the 28:th Orange amplifier.. ever.
It's a disgrace the front panel is gone. What is strange though is those five screws in the front plate that shouldn't be there. Do you see what their purpose are?

If get in contact with Matamp I bet they could fix you up with a new face plate, but I'm afraid they get make one saying Orange, Cliff wouldn't like that.
How about making a new plating looking exactly like the origiinal but without the Orange logo, I think it would look pretty cool. Just a small Matamp logo offset on the plate..

Is it possible for you to take some circuit pics. I'd love to see the guts of your amp!
by bclaire
Wow... Orange abuse, huh? I would think it would totally be worth fixing up, but as far as a faceplate, you might have to have someone make a repro...
by Orphin
Oh and by the way, that back panel is upside down at the moment. The vent is supposed to be up.
by SilverfoxUK
Hi guys!

Thanks for the input, I'm pretty excited now (29th amp made eh?) So, I'm going to contact Jeff @ Matamp to see what he can do for the face plate.

Regarding those screws Orphin (actually they are rivets), they seem to hold the faceplate on to the frame. Apparently, as I was told, that faceplate I have is the original that lies beneath the external one (with details and LOGO on) The screws are not seen when the proper face is attached.

I will post here with updates when they happen and I will also get round to getting some more pics of the guts for you Orphin. Also thanks for the advice on the vent, I will sort that out.

Sam.
by Orphin
<blockquote id="quote"><font size="1" face="Verdana, Arial, Helvetica" id="quote">quote:<hr height="1" noshade id="quote">I'm pretty excited now (29th amp made eh?)<hr height="1" noshade id="quote"></font id="quote"></blockquote id="quote">
<br />
Actually I wrote 28:th, but saying it's the 29:th is not entirely wrong. The first ever Orange amp wasn't even Orange. It was a Series 2000 in a black Orange-type sleeve. It was the prototype for the 'new' Orange amps and had the first ever Orange faceplate.
by Amoun
not sure you can say for definite its the 28th or 29th orange matamp made, you can be fairly certain its the 28th orst made

serail numbers were model dependent, my understanding is that some of the first orange matamps made were the 2 kt88 100 watters with the 5r4gy rectifier valves made for the mac tour because the series 2000's weren't powerful enough
by Orphin
Yes, you are right Amoun. I forgot about those. After the black prototype they made the 100 watters for Mac.
But the ORST is probably the first production model though.

Silver here! sorry, I got stuck in my time-machine, finally got the door open 11 years later, and with the amp, too!

long story, amp got kinda lost in a house move, then became un-lost. Anyway, I've been speaking to Jeff at Matamp about fixing her up, but I'm not sure how healthy she is inside...not looking great.

I've got some pics now though! [edit] can't add pics, see below.

After seeing the pics, what would you guys suggest? Jeff says it may be better to use her for spares, but has asked how much I want for it in the present state, I've no idea to be honest, I've seen working amps like this go for £1K to £3k online, so I'm confused.

Wow, what happened to the pics? I did attach them. Let's try that agin... 'Board quota has been reached...' OH.

by LD50
Wonder if Billy can help with pics as your originals are not accessible?

I would not break an ORST! Sell it to me!

I am currently restoring one for Andy Powell after some evil German 80s modder made it into a buzz box.
Pics to follow when it's done. Hope to have it finished and 'soaked' for the Wishbone Ash UK dates in September.

by bclaire
So here are the pictures. It's definitely a project, but if it was me, I would explore getting it fixed. A lot of cleaning needed and as I said to Sam in an email, I think if it was cleaned up he'd feel a little better about it. The good news is, the inside of the chassis is pretty clean already.

What do you think a good value/ asking price would be in the UK?

(and I love the names of the controls...) 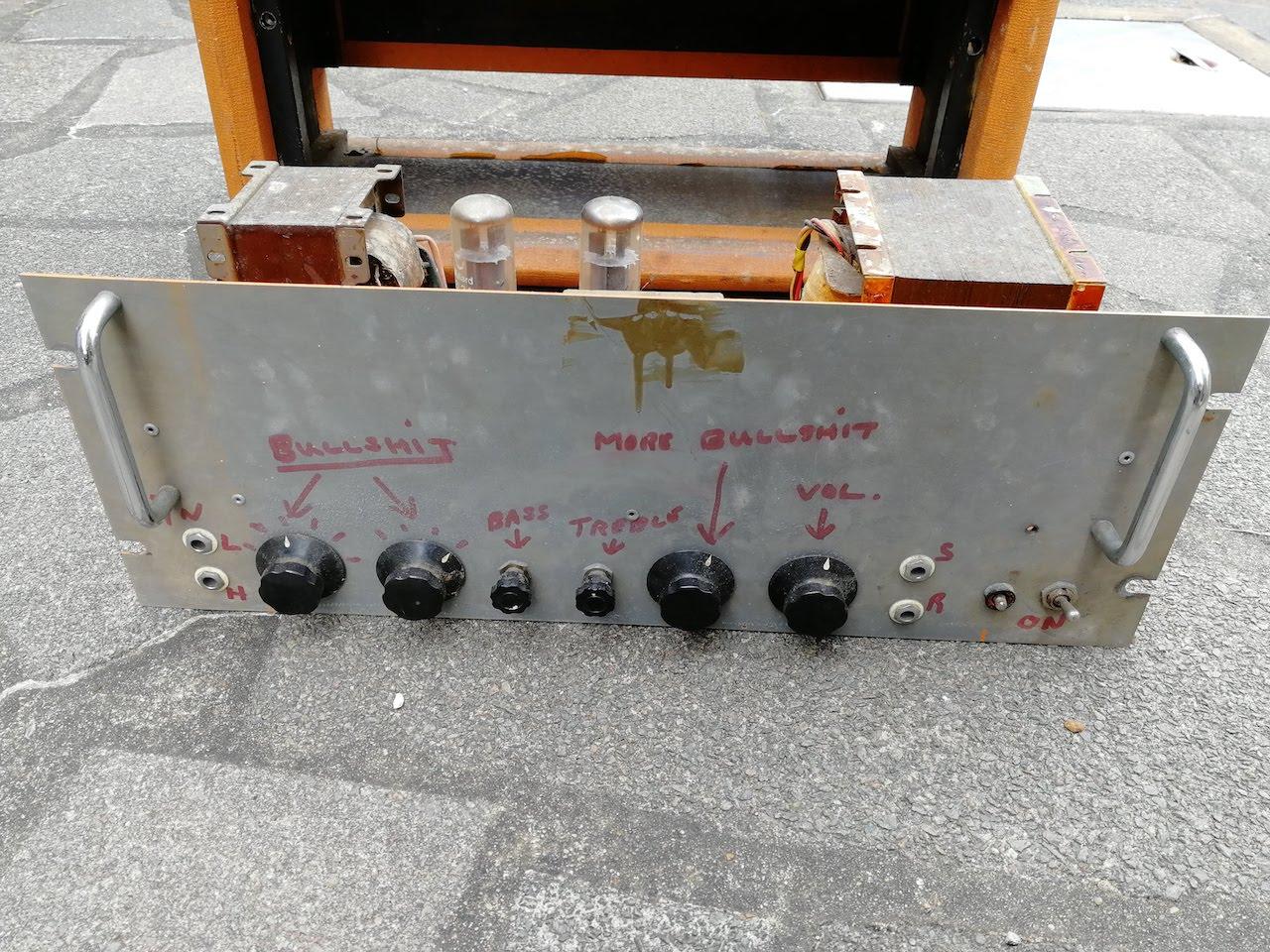 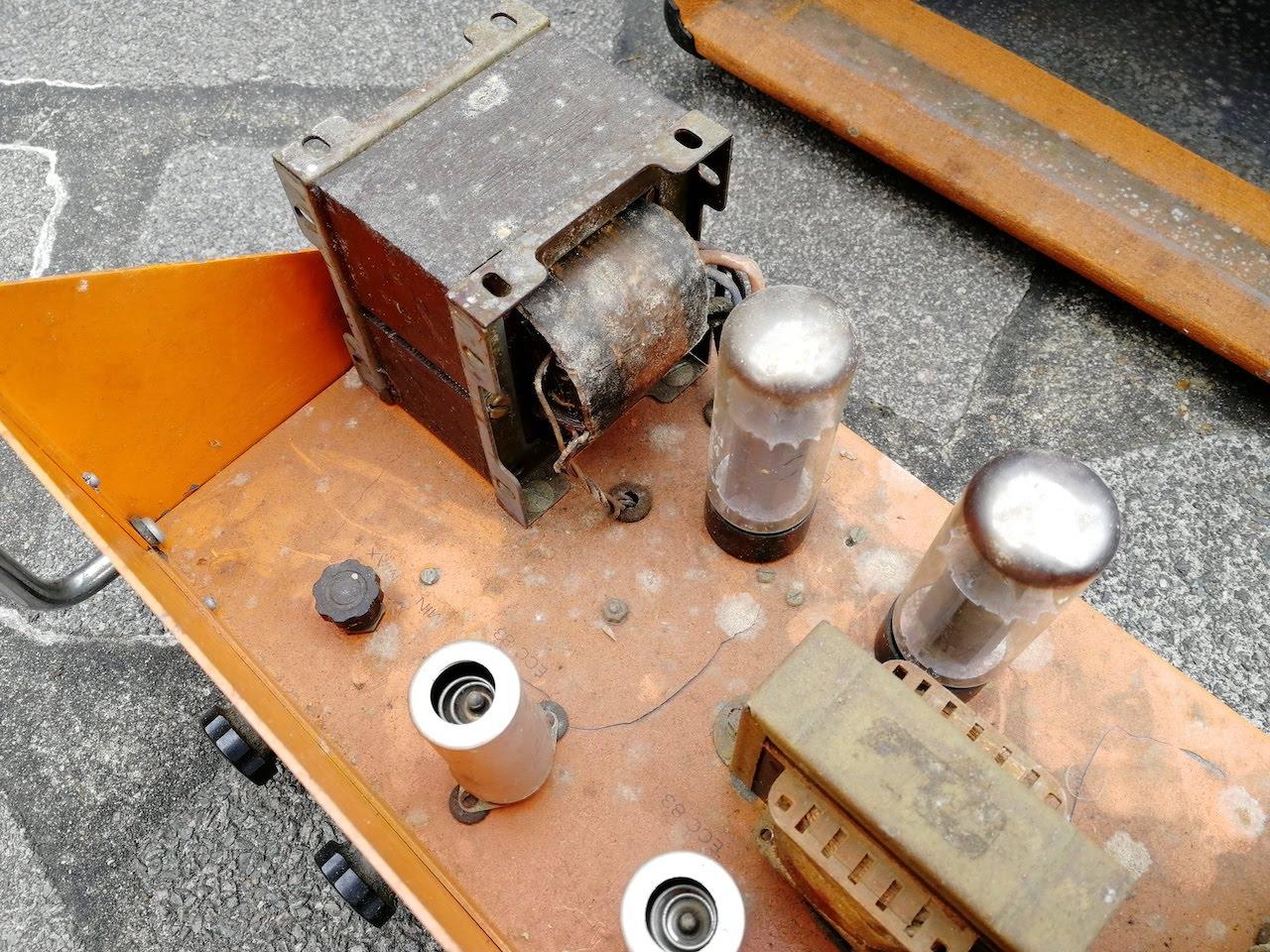 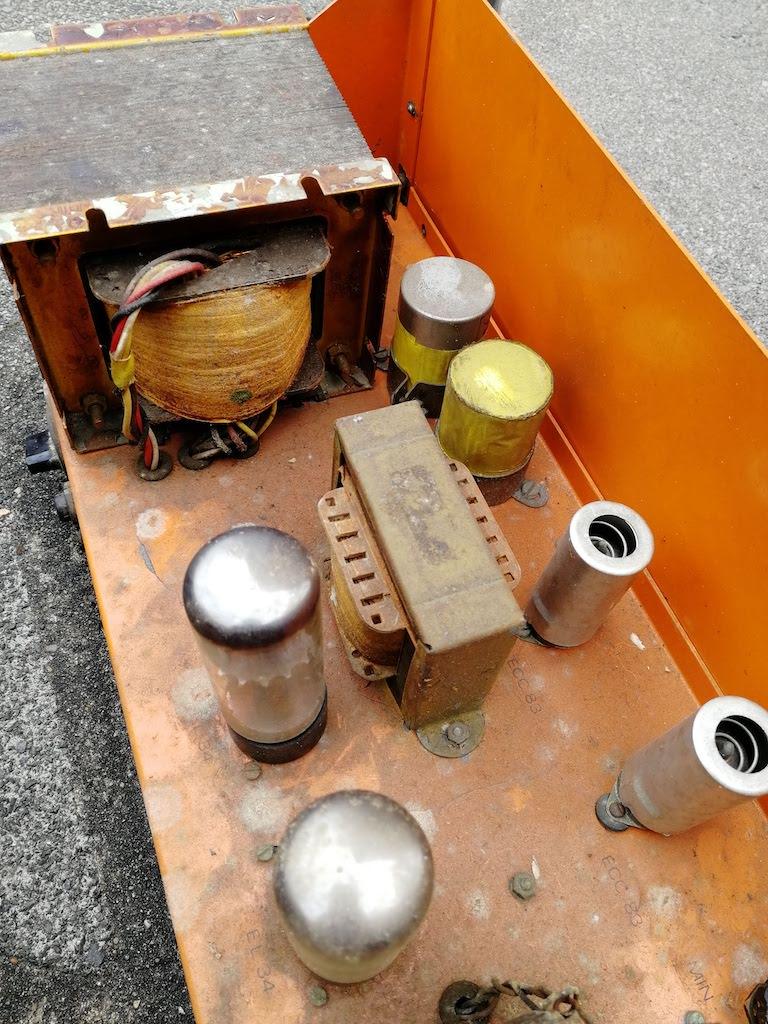 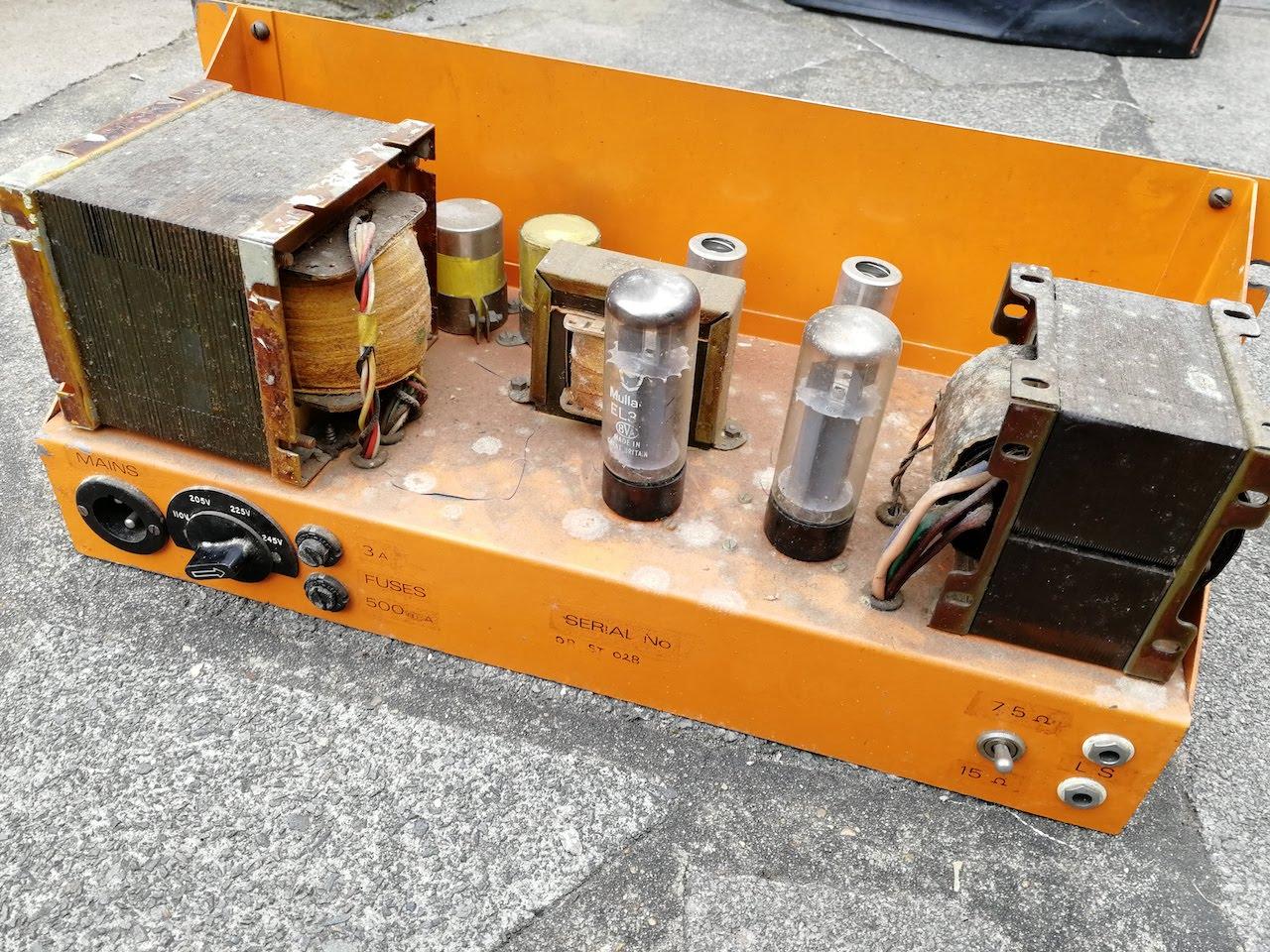 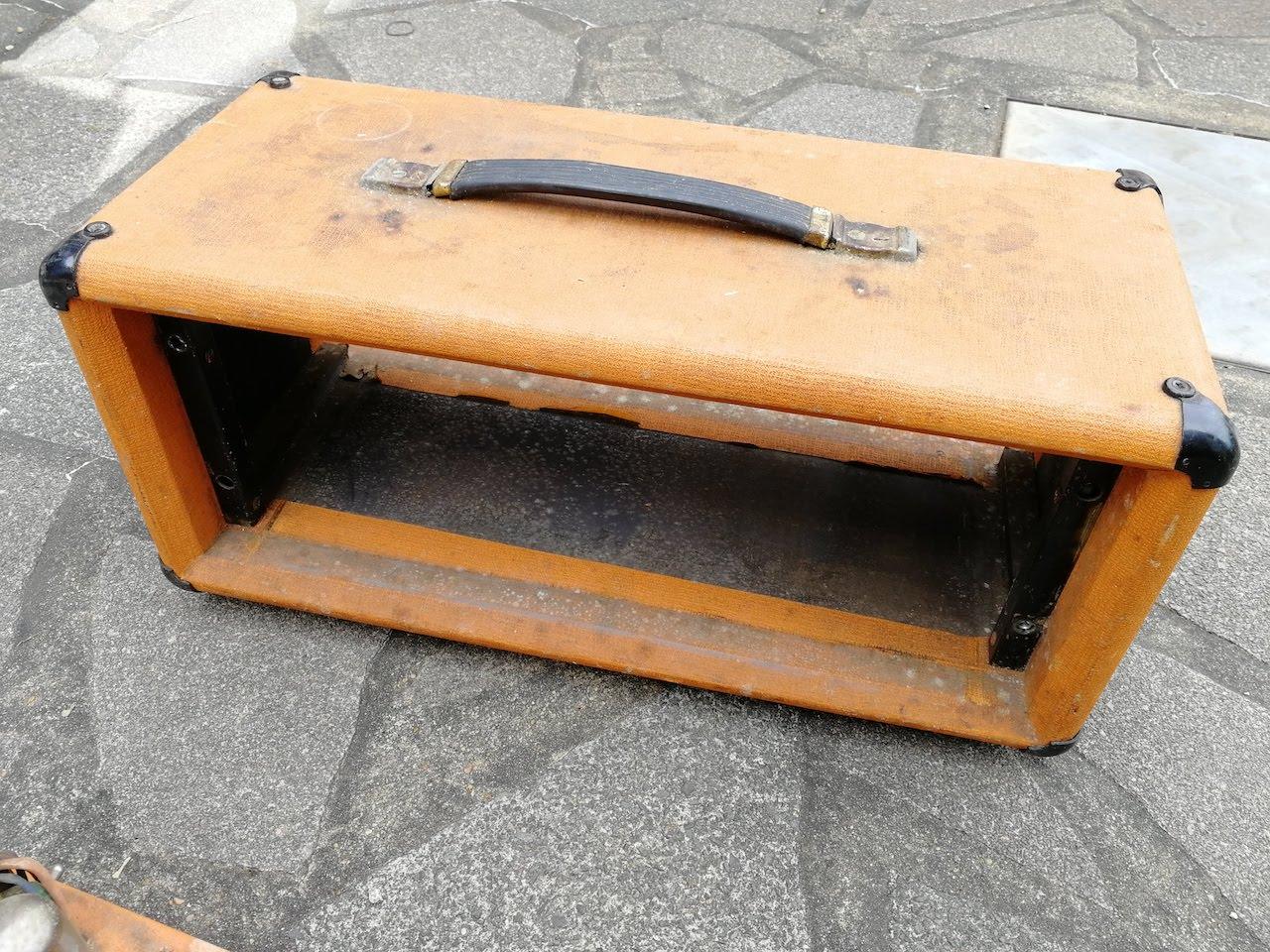 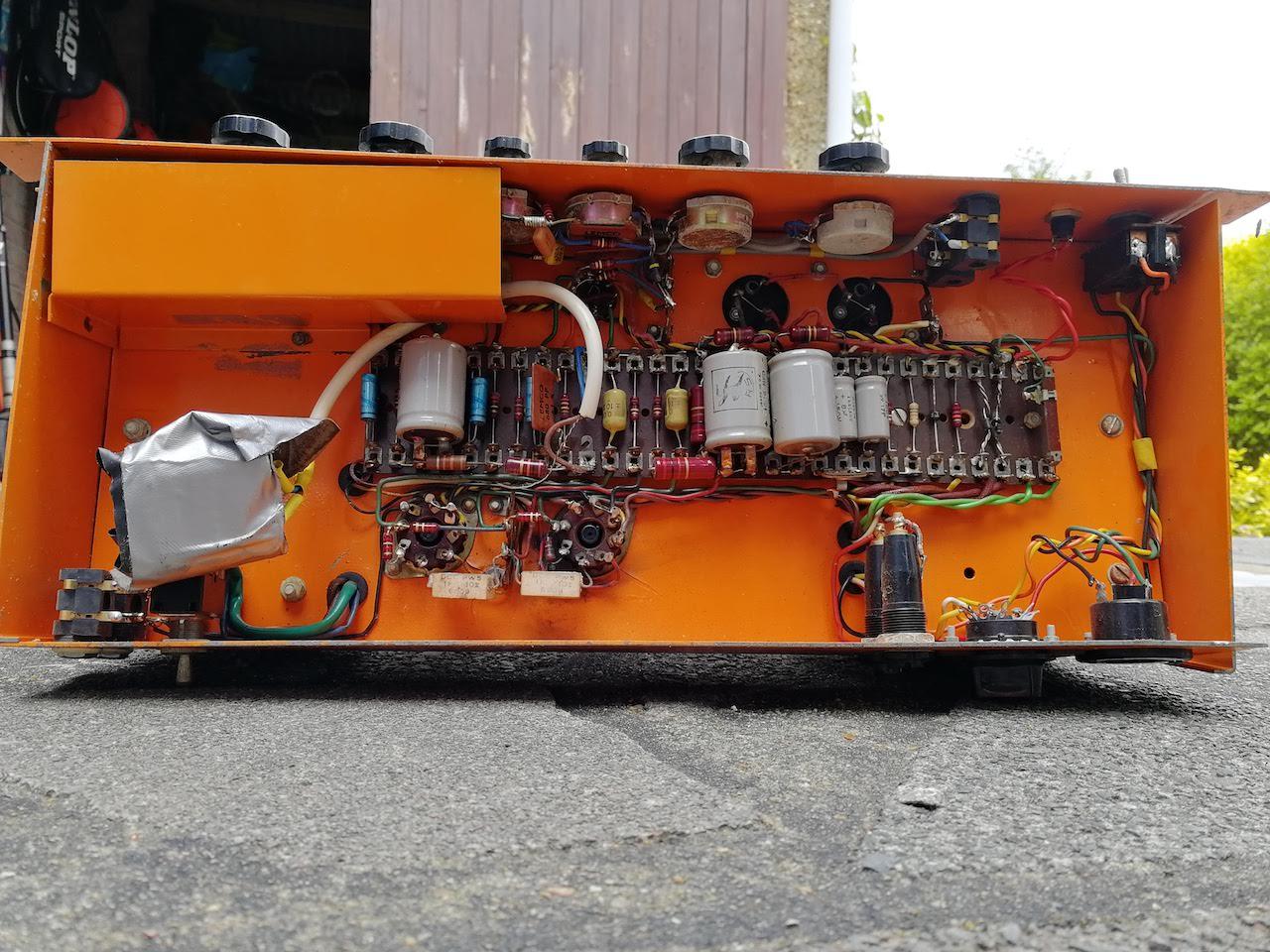 by Gladmarr
Oh! That thing has been under water judging by the top side of the chassis. The underside just looks like it’s been messed with. The labels on the controls basically aren’t wrong.

by LD50
Looks like it has had diodes burn up by smoke on the board and changed rectifier diodes, the HT wire from the fuse holder looks charred, something has happened around the EQ and loop stand off - maybe just dirty. I suspect that the UK mains cable soldered to the middle of the board goes to a replacement filter cap hiding under the gaffa tape.
I will pm you, I have the required parts for it and am quite familiar with them.

by Phlowen
Billy, you're probably already aware, but it looks like something is up with your theallens.theallens.com site as I can't reach it and none of the images in this thread are showing up. I'd sure like to see them, though!
All times are UTC
Page 1 of 2
Powered by phpBB® Forum Software © phpBB Limited
https://www.phpbb.com/