Last night my band had a gig with gear already set up for us to use, but i wanted to use my rockerverb. They had marshall jcm cabs that im unfamiliar with. Basically i set the cab to mono and plugged it into the 16 ohm jack with the 16 ohm out of my amp, turned it on, and no sound came out at all. I did the same thing again with the switch flipped to stereo and no sound came out again. I ran the amp for probably a minute total with volume levels set about half way up.

THEN i finally got it to work by switching the cab to stereo at 8 ohms with my amp out at 8 ohms and it was all good.

My life revolves around my orange, i just wanna know what's up. THANK YOU!! 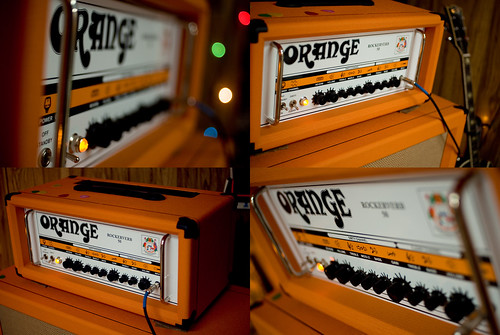 If the amp worked fine during the show, your amp should still be fine now.

The 1960 stereo cabs let you run all four speakers (in mono) at either 16 ohms or 4 ohms depending on which jack you use. You must move the switch to the correct position to correspond with the mono jack that you want to use. Of course, you can also run one side of the cab only at 8 ohms like you ended up doing. The switch was probably set to 4 ohms mono at first when you had the amp plugged into the 16-ohm jack. That would mean that you had no impedance load briefly when you were not getting sound, as that input jack was bypassed. It could have damaged the output transformer, but you would have known quickly if it had. There would have been an awful smell and the amp would not have worked anymore.

I think this demonstrates why the manual stereo/mono switching plate used on M*rshall cabs is not the best idea. It's hard to see what you are doing on a dark stage and the potential for problems is compounded if you aren't familiar with the cab in the first place. The switches can fail too, so there are a lot of ways to hurt your amp with a cab like that. I much prefer the "Fender-style" jack plates with three separate jacks and no switch.
_________________ 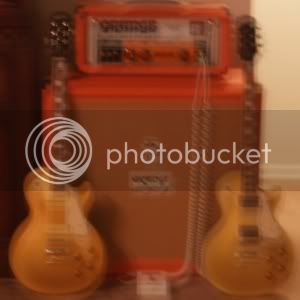 Yeah i dont understand. i set that dang cab to mono and used 16 ohms and no sound came, it must have been a faulty cab. But that is when i was scared i caused damage. I hate those cabs
Love, Seth.
Orange PPC-212
Mesa Boogie Tremoverb dual rectifier
Rockerverb50H
PRS Custom 22 ten-top
Ibanez "law suit" Les Paul
Ibanez Jet King
Lots of Pedals (Gonkulator Ring Modulator is my favorite)
http://www.myspace.com/sethsoloproject
http://www.flickr.com/photos/27795172@N05/

Users browsing this forum: No registered users and 3 guests