I have the fuzz set to pretty diabolical fuzz - then I have the Broadcast light side set pretty clean like a touch of hair and a nice volume boost the heavy side is the same levels just it kicks it into another fuzz - the BOR is set to medium gain with the boost side offering a nice volume kick and the Sidecar is set as another medium gain. 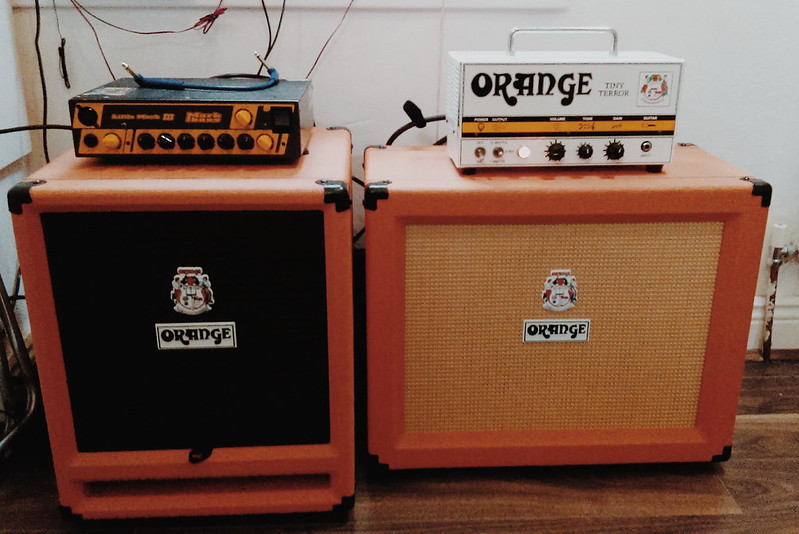 Not really familiar with the AD30. Never played one, never heard one.

A pic of my current bedroom practice setup. 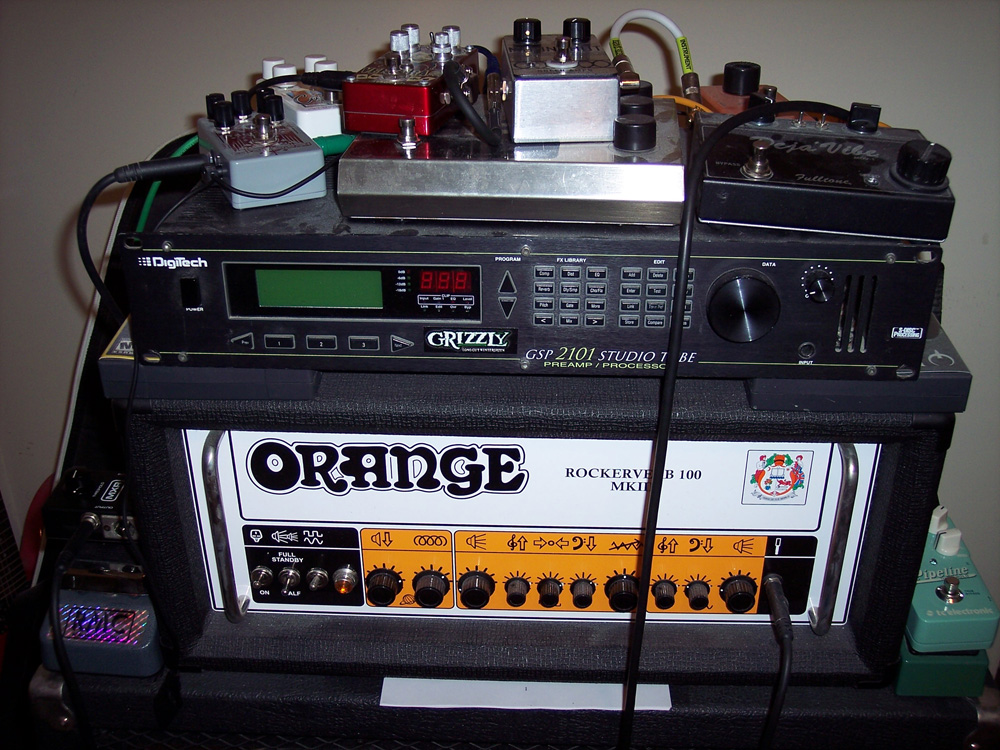 Yeah, I don't have a pedalboard for all this crap yet, so I just pile it where it'll fit.

All this to basically demonstrate something though. I have a distortion and overdrive and fuzz pedals. If I were to include them in the chain, I'd likely put them before or after the Greer Moonshot, probably AFTER as the Moonshot is intended to boost the input signal to what is creating the dirt, whether it be the amp or any pedal I place after it. I've found that if you're gonna include clean kinda pedals in your signal along with a dirty tone, they will round out the overall sound better when they come in AFTER the dirt. That's why I have the Digitech rack unit in the loop. I always have it set to a clean preset that has a nice fat warm tube-y feel to it, and whether I have the Orange set to clean or dirty, it still fattens up the end result just a little more.

Maybe has nothing to do with what you were talking about. But since the topic is stacking gain pedals, it's sort of on topic.

Maybe it's something others haven't considered before. You take a rather unimpressive tube rack preamp or something like one of those Mesa Boogie Bottle Rocket or V-Twin pedals with the 12ax7 tubes on them, stick those as the first thing in your tube amps FX loop with a nice well rounded setting with plenty of midrange warmth, and it'll make a great tube amp sound even better.

And this Digitech unit was built in the early 90's I think. And when I cracked it open a few months back and looked at the 2 tubes in it, they were non-labeled tubes, probably the same tubes that came in it. So they're probably about 25 or 30 years old, lol. And it still doesn't sound too bad.
Top
Post Reply
2 posts • Page 1 of 1

Users browsing this forum: No registered users and 20 guests