Hi to everyone that is still here..I've been away for at least 6 years - had a difficult time logging back in and all that, but yeah, who isn't dead?

Any significant Orange news I've missed in that time? I sort of fell off the playing music wagon. Got sick of gigging around, hauling equipment, dealing with bandmates, dealing with awful clubs and all that so I went on hiatus and became more of a record collector than a record maker and did the college education thing, now I'm back into writing and playing but I'm sure I've missed a lot. I stumbled across a Chappers video on YouTube of him playing some new Orange gear I've not seen before which is what reminded me of hanging around these parts.

tl;dr - I've been gone for 6 years and out of the loop, what Orange stuff is new and significant?

Everyone finally loves telecasters now!
The Whims of the Great Magnet
Some of my music photography

Six years huh? Well, I got married four and a half years ago!

And there's an Orange/PBR tap handle! 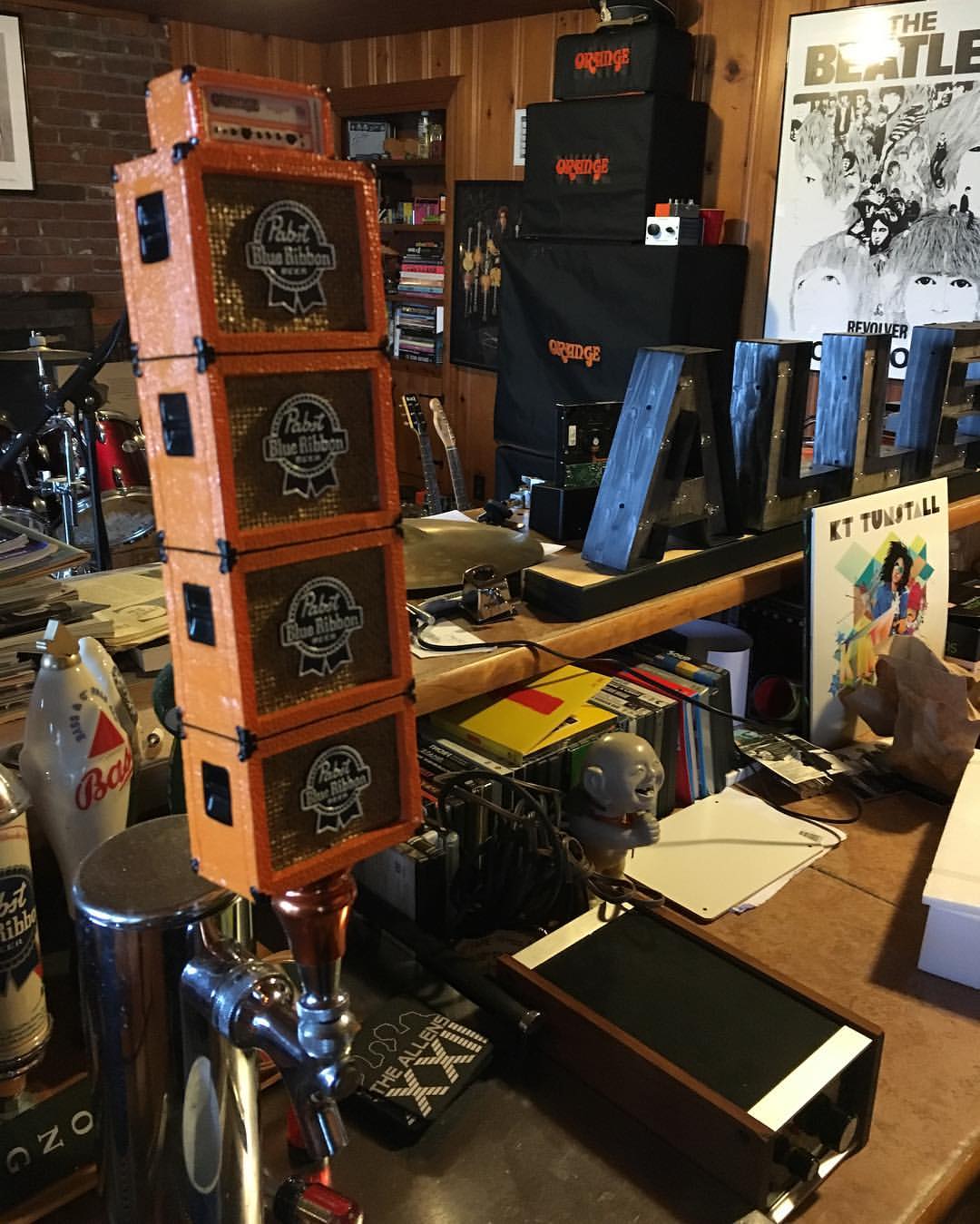 Where do I get that tap handle? Did you make it?

I feel ya OP. Had a bit of a breakdown during my last band. Posted some giant touchy feely emo stuff on here and got some advice on both sides. I did end up taking a break for nearly a year. There was no gear hauling, no band mate drama, no midnight shows playing to the sound guy, oh man... Was so nice. I just sat at home and did nothing. Well a bit of cleaning and cat petting, but aside from that, relaxed. Really amazing how much stress a band can add to your life. Especially if it has the wrong members in it.

I was doing great until a friend at work asked me to fill in for a their drummer who was out of town. "Ah sure what the heck". Played for an hour with those guys and the fire was back haha. Started to get a bit sad about not being in a band. Missed the few good parts about it. Last moth my last band messaged me and said he we kicked out the d005h want to be our drummer again? I said "sure", and that's the end of the story.

I think the other folks covered the new products, plus I always loved Telecasters, but not as much as my LPJ

I have about (5) of these tap handles to sell. The bad news: they're $50 each. We never planned on selling them but they're so limited that's what I'd have to sell them for.
--
Alex Auxier
Orange Amps
Artist Relations Manager
Top

Funny, I'm don't have as much time to play these days..... Though i still manage it.

..I missed that memo.

Mine came about a month ago

alexauxier wrote:I have about (5) of these tap handles to sell. The bad news: they're $50 each. We never planned on selling them but they're so limited that's what I'd have to sell them for.

Users browsing this forum: No registered users and 106 guests