I recently unloaded a Marshall DSL100H and acquired a Jim Root #4 Signature Terror. The Marshall was a decent amp, but was just too much for pretty much any gig I'll be playing in the near future. I haven't had the chance to play the JRT with my band yet, but I have played a few gigs with a standard TT, and it worked well. I plan to swap out V1 and V2 with 5751s this evening to get a little more play with the gain. Overall, I'm excited to get into a gig with this new beast. I will run it through a 4x12 a lot of times, but I realize it will probably sound good with any speaker combination. In fact, I plugged it into a 1x12 with an Eminence Screamin' Eagle, and was pretty darn impressed. I'm looking forward to much fun with my new amp.
Top

Congrats on the alleged new purchase...
But without pics.....

You better do that! 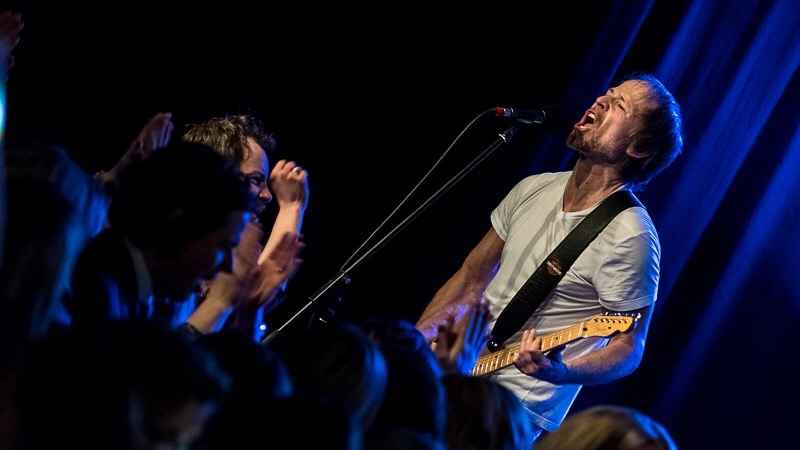 
Yeah 100w is a lot of power. Pretty big change though. The dsl is extremely tight, the #4 less so... But warmer and thicker.

Let us know how it goes with your band!!!
Ant

You'll find it plenty loud to play with a band. I swear it's rated about 5-10 watts lower than it really is. Kinda funny that we both got rid of the same amp to get the #4.
Top

Still working on the pics. I'll get them posted, I promise. I installed the 5751s last night, and with about 10 minutes playtime, I could already tell that I like them better. In response to Hogie34, I'm confident that the No. 4 will work with the band. I've used a standard Tiny Terror with the group before, so I have no doubts. Rehearsal tomorrow, gig this weekend. I'll update after I give her a run for her money.
Top
Post Reply
7 posts • Page 1 of 1

Users browsing this forum: No registered users and 82 guests