I changed the strings for a guitarist friend just last night. (And set his guitar up properly while at it!)

I used to have to tune my bass player's bass before every gig and rehearsal.

That was before I subtlety lent her the TU-2. 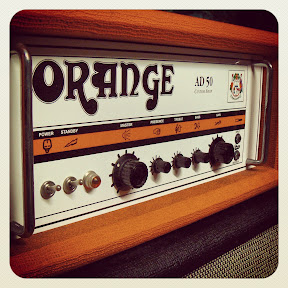 well Im hating my polytune on a daily basis, I can gaurantee you that! I need to get around to replacing it. that turbo tuner got good reviews, I wanna look more into that one.
My solo downtuned HEAVY rock project: https://soundcloud.com/earthalliance

Had the TU3 over a week now, pretty settled and comfortable with it. When the string is in tune a red light on each side of the meter light and slam into the green "in tune" led in the middle of the meter, further informing me things are in tune.

everdrone wrote:well Im hating my polytune on a daily basis, I can gaurantee you that! I need to get around to replacing it. that turbo tuner got good reviews, I wanna look more into that one.

Man, I hear you on this. I used mine on an acoustic gig the other night and it refused to recognize my low E string on a regular basis. Had to tune it by ear. At least the battery hasn't gone dead- but this thing is a total waste of money. I will be replacing it very soon....

ya in one session I play guitars and basses tuned to C# standard, E standard, and D# standard. the polytune is not so good, the polytune function does not work and keeps popping up.

Im interested in the turbo tuner, but my interest in the latest technology is what got me in the polytune probs in the first place, so I am a bit leery of it for my uses. the design of the boss is tried and true.
My solo downtuned HEAVY rock project: https://soundcloud.com/earthalliance

Hello Music has a deal on the TU-3 right now for $20 cheaper than anyone else and free shipping FYI.

Boss pedals have pretty crap buffers IME. Unless they have made changes recently with the new models. I got a turbo tuner a few years back after upgrading from a PetersonStroboStomp. I haven't looked back since. Planning on picking up the desk version when my workshop is finished.
TT | TTC | R30 | R30C | PPC212V

The Boss TU-3 is the workhoss tuna for my blue collar a$$. I've heard of just about every other brand breaking at some point, and wanted a pedal that I only had to buy once with leds I could read under bright sun. Fit the bill, so I picked one up. It's never betrayed me, so I've never felt the need to shop around for an alternative.
Teles, Strat, SG
AD140 Lead, OR100, OTR120, Marshall 2558, Hi-Tone HT100
Lee Jackson Oversized 412 V30s, Hiwatt SE4123 Purple Fanes, Orange PPC412
Pedalspedalspedals
Top

Boss pedals have pretty crap buffers IME. Unless they have made changes recently with the new models.

Aye, some people think that. Plenty of us don't. Probably we approach things differently...

Used in the right situation something like a Boss buffer can actually give huge benefits tonally.

One of my own. I have a passive Radial ABY swicher. (For sending to either / both with two different amps.) One output side has a switchable transformer, but if you need to reverse phase for the two different amps you do need to have the transformer switched on. You'll then notice a bit of tonal shift on that side. If that is a problem (doesn't have to be, but if...) then using a buffer like the one in my TU-3 sorts that, basically as near to totally as makes no odds at all. Big improvement.

Boss buffers are actually very decent. If you use them in the wrong way or in the wrong situation (eg wrong order) you may well find they make things sound worse. But that is more due to the surroundings (eg other pedals and cables) than to the Boss pedals / buffers themselves. And when they are used in the right situations, especially live, they can be a total winner!

I'm really surprised that the Polytune doesn't work for so many of you. I've had two for quite a while now and other than the low E shows just a shade flat in poly mode I've had no troubles at all. But I also run them off power supplies too.
Jake

Users browsing this forum: No registered users and 59 guests